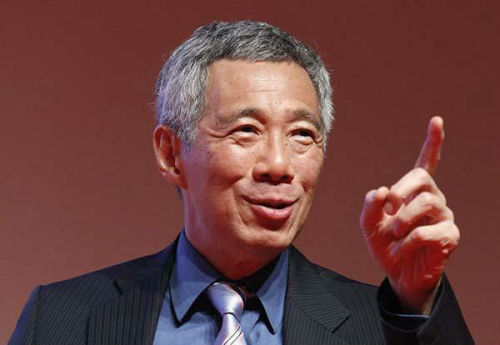 In an exclusive interview with the People’s Daily ahead of his China visit, Prime Minister Lee Hsien Loong said Singapore will continue to support China’s constructive participation in the regional and international system.

Lee also shared his views on the Belt and Road Initiative, relations between ASEAN and China, regional integration and other issues. He will attend the upcoming annual conference of Boao Forum for Asia 2018 in South China’s Hainan Province.

Lee said Singapore, as ASEAN Chair as well as Country Coordinator for ASEAN-China relations, will continue to expand and deepen cooperation between the two sides. While 2018 has been designated the ASEAN-China Year of Innovation, Singapore looks forward to partnering with China in this area to create benefits for people and businesses, he added.
He pointed out that the US has recently taken a radically different approach toward trade, and implemented specific steps to protect domestic industries and reduce its large bilateral trade deficits, which have inevitably put pressure on US ties with China and other countries.
Please read the full interview below:

PM: Singapore-China relations are strong. The foundations were laid down by our leaders long before we established formal diplomatic relations in 1990. This year marks the 40th anniversary of Mr. Deng Xiaoping’s visit to Singapore. That visit took place two years after Mr. Lee Kuan Yew visited China in 1976. Our bilateral relations have since flourished with regular exchanges of visits, including the visit by President Xi Jinping in 2015 marking the 25th anniversary of the establishment of diplomatic ties between Singapore and China.

President Xi Jinping said that Singapore and China share common interests in many areas. I agree. We are two very different countries, in terms of population, demographic composition, economic size, and geography. But we have managed to work together to pursue win-win cooperation over a wide range of issues, from trade and investment to social governance, human resource development, financial services, legal and judicial matters.

Since my meeting with President Xi last September, China has held the 19th CPC National Congress and Lianghui (“two sessions”). These meetings set strategic directions for China’s development and foreign policy in a new era. China will play a growing role in regional and global issues. Singapore will continue to support China’s constructive participation in the regional architecture as well as the international system.

Our developing partnership is reflected in our three Government-to-Government projects. The Suzhou Industrial Park facilitated China’s early industrialization efforts and has been replicated in other Chinese cities. We then embarked on the Tianjin Eco-City to support China’s sustainable and green development. The third Government-to-Government project, the Chongqing Connectivity Initiative, is a priority demonstration project under China’s Belt and Road (B&R) Initiative, Western Region Development and Yangtze River Economic Belt strategies.

For this year, we have a full bilateral calendar. We are working to complete the upgrading of the China-Singapore Free Trade Agreement. Singapore will host the annual Joint Council for Bilateral Cooperation (co-chaired at the DPM level) and the Second Legal and Judicial Roundtable, while China will host the Social Governance Forum and Forum on Leadership. Through these high-level platforms and many other exchanges, we hope to take our partnership forward.

People’s Daily: According to Singapore-based Lianhe Zaobao’s report, China has overtaken Indonesia to become the source country for the largest number of tourists entering Singapore. What are your comments regarding this? What are your views on the historical and cultural linkages between Singapore and China?

PM: China has a population of almost 1.4 billion people. The middle class has grown rapidly. Millions of Chinese are travelling overseas for business or leisure. They can be seen everywhere in the world.

Cultural and language similarities make Singapore a popular destination for Chinese tourists. We welcome them. Frequent exchanges between our peoples keep our ties strong and enable us to do more together.

At the same time, Chinese tourists visit Singapore precisely because we are not another Chinese city. They find Singapore a fascinating multi-racial and multi-religious country with different cultures and ways of life. Different ethnic groups and religious faiths co-exist side by side, harmoniously. We hope that when Chinese tourists visit us, they can see and appreciate how Singapore is unique, and how our multi-racial national identity influences our place in the world and relations with other countries.

PM: Singapore is an early and strong supporter of China’s B&R Initiative. The initiative will benefit many countries that need more and better infrastructure. It is also compatible with keeping the regional architecture and international system open and inclusive. Thus Singapore and China have agreed to make the B&R initiative a focal point in our bilateral relations.

We have identified several areas for cooperation under the B&R Initiative. The first is infrastructure connectivity. We have developed the CCI-Southern Transport Corridor (CCI-STC), which will link Chongqing to Qinzhou port (Beibu Gulf, Guangxi) in the south by rail, and from Qinzhou to Singapore and beyond by sea. The CCI-STC will create a direct connection between the overland New Silk Road Economic Belt and the 21st Century Maritime Silk Road, enhancing multi-modal connectivity from Western China to Southeast Asia and the rest of the world. We are also exploring linking up our Single Electronic Windows to support the trade flows along the CCI-STC.

The third priority area is third country collaboration. Many Chinese companies use Singapore as a base for their operations in the region. Singapore accounted for 85 percent of total inbound investments to China from B&R countries, and one third of China’s outbound investments to B&R countries. We can also draw on each other’s strengths to jointly develop commercially feasible projects in third countries along the Belt and Road and provide training to officials from B&R participating countries.

Finally, we can work together to offer legal and dispute resolution services to resolve cross border commercial disputes. The strong record of project financing in Singapore is supported by our reputable and credible legal system which has a full suite of mediation, arbitration and litigation services for commercial disputes. By providing investors more options, we will also give them more confidence to pursue cross-border projects.

PM: China is one of ASEAN’s most important and substantive dialogue partners. China is the top trading partner for most ASEAN Member States. ASEAN is a significant grouping whose cohesion and effectiveness fosters a conducive regional environment for China. The ASEAN-China FTA is one of the world’s largest free trade areas. It is therefore in the interests of both sides that relations remain strong, stable and mutually beneficial.

As ASEAN Chair as well as Country Coordinator for ASEAN-China Dialogue Relations, Singapore will continue to expand and deepen cooperation between the two sides. We upgraded the ACFTA in 2015, and are now working towards the full implementation of the upgrade Protocol. Deepening economic links and improving connectivity will help us to reach the target of US$1 trillion in ASEAN-China trade by 2020.

We have also designated 2018 as the ASEAN-China Year of Innovation. This fits in with Singapore’s ASEAN Chairmanship theme of “Resilience and Innovation”. One of our Chairmanship deliverables is to establish an ASEAN Smart Cities Network. China has the largest number of smart cities in the world, with more than 500 smart city projects underway. We can learn much from China’s experience. We look forward to partnering China in this area to create tangible benefits for our peoples and businesses.

People’s Daily: What are your views on the relationship between different regional trade arrangements in the Asia-Pacific region?

PM: Globalization and international trade have underpinned the growth and prosperity of many countries, including Singapore and China. But in some countries, the political mood is shifting against them. The US has been a longstanding advocate of free trade and economic multilateralism. However, it has recently taken a radically different approach towards trade, and has taken specific steps to protect domestic industries and reduce its large bilateral trade deficits. These measures have inevitably put pressure on the US relations with China and other countries.

As a small nation with an open economy, Singapore is heavily dependent on international trade. If unilateral and tit-for-tat actions escalate into trade wars, the multilateral trading system that has brought countries prosperity for decades will be severely undermined. There will be no winners in a trade war.

China’s decision to join the WTO in 2001 was a bold one. Since then, China has committed to abiding by multilateral rules, including submitting to WTO dispute settlement mechanism. China has benefited from doing this, as have other countries.

Since 2001 China’s economy has developed greatly. China’s share of global GDP and trade volume have also increased dramatically. It is therefore natural that other countries expect China to take on more commitments and contribute more to the global system, by further opening market access for trade in goods and services, and liberalizing rules for foreign investments into China. These steps would better match China’s present stage of development. China can do so on a multilateral basis, or through FTAs with regional partners.
The Comprehensive and Progressive Agreement for Trans-Pacific Partnership (CPTPP) and the Regional Comprehensive Economic Partnership (RCEP) are complementary building blocks towards an eventual Free Trade Area of the Asia-Pacific. These two agreements will boost economic growth in the Asia-Pacific and promote a seamless flow of goods, services and business that will benefit all countries. The RCEP will create an even larger market comprising nearly half the world’s population and a third of its GDP, and bring significant economic and strategic benefits to its members and the broader Asia-Pacific region. If we can sign the RCEP this year, it will, together with the CPTPP, send a clear signal to the world about our commitment to multilateral trade, and our resolve to keep the regional architecture open and inclusive. 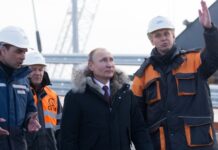 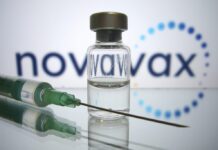 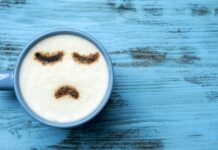 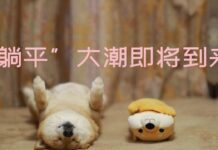 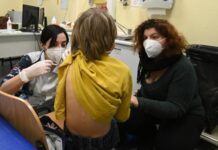 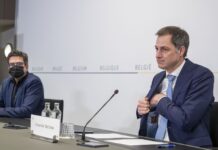