By Wang Junling from People’s Daily

Economic and trade cooperation between Shanghai Cooperation Organization (SCO) member states has reaped eye-catching fruits since the SCO was established 17 years ago, a Chinese official told a recent press conference.

Ministry of Commerce spokesman Gao Feng summarized the SCO’s highlights in propelling regional economic cooperation ahead of the two-day-long 18th summit of the Shanghai Cooperation Organization (SCO), which is expected to kick off on Saturday in Qingdao, east China’s Shandong province.

At the first summit after a SCO membership expansion, economic and trade issues are projected to be high on the meeting agenda.

In 17 years after the establishment of the SCO, its member states have realized comprehensive development in politics, security, economy, people-to-people exchanges, foreign affairs and instituational construction.

The SCO member states enjoy closer trade ties, said Gao, elaborating that China’s total trade volume with other members rose to $217.6 billion in 2017, a 19 percent surge from the previous year. In the first quarter of 2018, trade continued to maintain good momentum with an increase of 20.7 percent.

The structure of China’s trade with other SCO member states has been optimized step by step to include a growing proportion of mechanical and electrical products as well as mechanical equipment.

Development of the SCO has also brought fruitful investment and contracting projects, according to the spokesman. By the end of this March, Chinese investment to SCO member countries amounted to approximately $84 billion, with sound progress in many large-scale energy, mineral and industrial projects.

The turnover of China’s contracting projects in other SCO member states has amounted to $156.9 billion, and a number of highways, power stations, and pipeline projects have become demonstration projects.

Gao said positive progress has been made in interconnection and interoperability, such as the completion of the China-Kyrgyzstan-Uzbekistan road, the China-Central Asia natural gas pipeline, the construction of the China-Kazakhstan and China-Russia crude oil pipelines, and the regular and efficient operation of the China-Europe freight train routes.

The SCO has initially formed a complex infrastructure network including roads, railways, oil and gas, and communications within the SCO region, further strengthening ties among member states, Gao added.

At the upcoming Summit in Qingdao, China will join other SCO members to reach consensus, seek common development, and underpin the importance of improving global governance and enhancing the multilateral trade system, Gao said while talkng about the future of the SCO cooperation.

The SCO is successful in consideration of its wide coverage, large population, economic volume of its member countries, and various mechanisms and platforms it has built, said professor Swaran Singh of the School of International Studies at India’s Jawaharlal Nehru University.

If the SCO continues consolidating and strengthening the achievements and goals, it will sure to achieve important results at this summit, the professor added.

The “Shanghai Spirit” and the philosophy of the Belt and Road Initiative are highly consistent with each other, said Quan Heng, Director of the Research Institute of World Economy of the Shanghai Academy of Social Sciences.

In the future, the SCO will play an increasingly important role in promoting regional economic cooperation, economic globalization and peaceful development of the world, Quan noted. 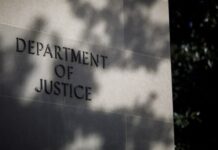 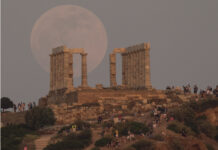 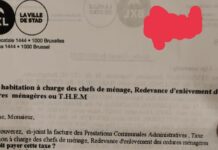 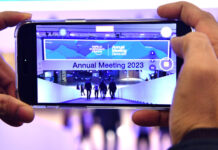