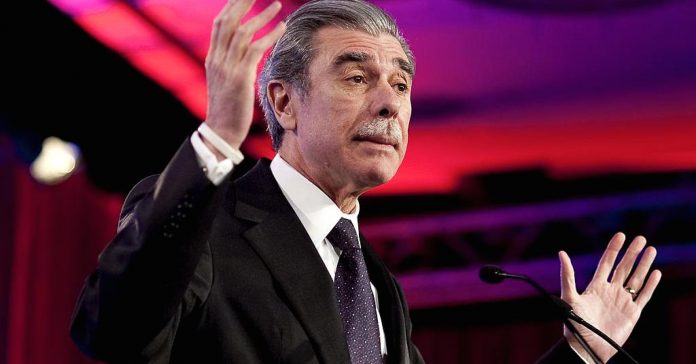 The Boao Forum for Asia (BFA) was first proposed in 1998 by a group of Asian government leaders and reflected their interest in regional integration and open dialogue on important global issues.  Acting with great foresight, China launched the BFA on February 27, 2001.

In the years since, the Forum has won support within Asia and around the world, and emerged as one of the preeminent global fora for leaders of governments, business, and the media to meet and exchange ideas in a frank and friendly environment.  I have benefitted from participation in the annual BFA meeting for almost a decade.  I am particularly honored this year to join the Board of Directors of BFA and hope to contribute to the Forum’s future development.

The world has changed greatly since BFA was first conceived. One of the biggest factors has been China’s growth as a major economic and political power. This development is the result of the hard work of the Chinese people and the vision of China’s leaders set against the backdrop of a welcoming international system with reasonably transparent rules and norms. China’s emergence as a major power is now creating significant opportunities throughout Asia and beyond. I look forward to discussions at BFA that will allow us to engage on these issues collaboratively. China’s efforts to implement its Belt and Road Initiative, adapt its manufacturing capacity for the future, and leverage new opportunities afforded by fastmoving advances in technology are relevant not only to China but the world. In the spirit of building an increasingly open world, foreign investors will need to understand how they can play a role alongside China as it pursues these key goals.

In addition to China‘s rise, forces at work in North America, Europe, and the Middle East, among others, are creating new dynamics that have the potential to reshape relations between nations and to restructure the global economy.  Today, for example, there is much debate regarding the future of globalization and of existing international institutions.  Further, advances in technology, including artificial intelligence, autonomous vehicles, and robotics, are bringing a disruptive future rushing toward us at the speed of light.

Against this backdrop China has developed a vision of the country’s future, as set forth during the CPC’s 19th Party Congress and just completed twin meetings of the National People’s Congress and the Chinese People’s Political Consultative Conference.  China’s priorities in addressing systemic economic risks, poverty alleviation, and environmental management reflect China’s most pressing realities. The leaders of the US, EU, ASEAN, Japan, and other nations each in their own way develop and implement their visions for the future of their countries.  They have concerns surrounding how to shape more open trading relationships, how to manage the transformation of longestablished industrial patterns, how to manage the forces of largescale migration of displaced and economically disadvantaged peoples, and how to help maintain stability in regions where multiple interests coexist. Like China, each seeks to further its development, cope with these emerging challenges, and seize emerging opportunities.

As a former Secretary of Commerce and current leader of a global advisory firm I have come to believe that in the 21st century even the most thoughtful efforts by individual countries will not be sufficient to cope with the new forces and rapid changes we all face.  In our interconnected world today it is only through the open exchange of ideas and international cooperation that we will be able to devise and implement solutions to global problems.  Increasing the flow of goods, services, investment, and information across borders is also critical to meeting humankind’s pressing issues.

Nowhere is the deepening of understanding and cooperation more important than between the world’s two largest economies, the US and China.  From the time of President Richard Nixon’s historic February 1972 trip to China until today we have forged a relationship that has brought significant benefits to the people of each of our countries, to Asia, and to the world.  Through this period, we have also weathered a number of storms in the relationship, steering successfully through them due to the vision and hard work of many people on both sides. This resilience in the USChina relationship is important to appreciate, and moving forward I believe both sides will benefit from an ongoing commitment not only to trade and openness, but also to maintaining a strong, transparent, and rules-based international system that works for all.

However, significant problems continue to exist in the relationship as a result of our different economic and political systems, our differences in culture and in fundamental matters of national interest.  In fact, such differences have sharpened in recent years and I am concerned that the growing focus on our differences may overwhelm our shared interests.  Against this backdrop it is important to keep in mind that continuing global growth and job creation, stopping the spread of weapons of mass destruction, resolving regional conflicts, preventing global pandemics, and reducing transnational crime, and progress on many more issues, will all be more feasible to achieve if the US and China are working closely together, and may prove impossible to manage if we are not.

Also, we should not forget that we have much to learn from each other.  Both countries can benefit from exchanges in a broad range of areas, including the natural sciences, social sciences, and humanities.  Such person-to-person exchanges can also promote increased understanding and trust.

These thoughts bring me back to the Boao Forum for Asia. BFA was founded on the idea that the open exchange of ideas, closer economic integration, and deepened mutual understanding can promote peace and prosperity in this region and around the world.  In fact, this year’s theme for the BFA is “An Open and Innovative Asia for a World of Greater Prosperity.”  I look forward to participating in the dialogue surrounding this theme, including how Asian integration can be accelerated, but also including how China and Asia can achieve positive integration with other major economies with longstanding interests and partnerships in the region. That vision is as important today, or perhaps more important, as it was at the time of the Forum’s launch.   My hope is that the spirit of Boao can inform relations among all the countries represented at its sessions.

For China this year’s BFA has particular significance as it occurs following last October’s 19th Party Congress and the commencement of President Xi Jinping’s second fiveyear term, with a new government team just having been announced at the National People’s Congress.  Outside of China the whole world is watching the course China’s policies will take in this new era.  They continue also to focus heavily on the course that President Trump will take in his second year in the White House.  I hope the spirit of Boao can help guide USChina relations toward the open, cooperative relationship that can do so much for our countries and the world. In my new position as a member of the Board of Directors of BFA, I am also personally committed to deepening exchange and cooperation between China and the United States. 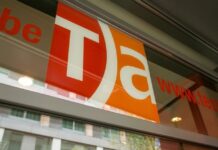 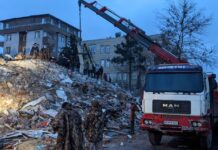 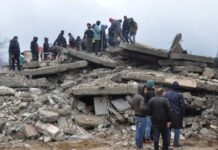 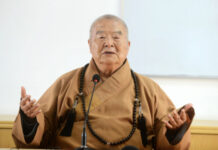 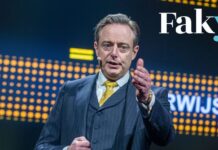 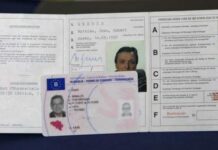