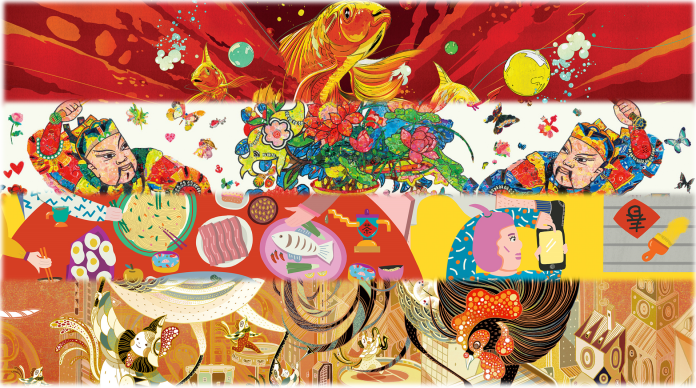 The week-long Spring Festival holiday finished on Wednesday. The holiday not only has become a time for family gatherings and cultural activities, but also a boom time for businesses across the globe.

According to data provided by the Ministry of Commerce, during the Spring Festival holiday, catering enterprises experienced year-on-year growth of 10 percent in Liaoning, Shandong, Shanxi and Hubei provinces.

A booking rate higher than 95 percent for family reunion dinners on the New Year’s Eve was reported in old and famous restaurants in those provinces.

While many people choose to stay at home, others prefer to celebrate the holiday elsewhere.

According to the National Tourism Administration, the number of tourists during the holiday topped 386 million across the country, up 12.1 percent. Total tourism revenue also rose 12.6 percent to 475 billion yuan.

During the Spring Festival holiday, Chinese tourists spent on average 6,000 yuan on travel, according to data jointly provided by two domestic travel agencies.

About 52 and 48 percent of the tourists joined outbound group tours or chose independent travel, respectively, and tourists born after 1985 became the main force of outbound tourists.

Consumption in culture and entertainment was also strong. China’s box office raked in more than 5.6 billion yuan during the Spring Festival holiday, breaking the sales record for the same period, according to Maoyan, a popular film database in China.

A lot of people spent the holiday at museums. For instance, Hunan Museum, the provincial museum of central China’s Hunan province, received 100,000 visitors during the holiday.