首页 English From poor to ... 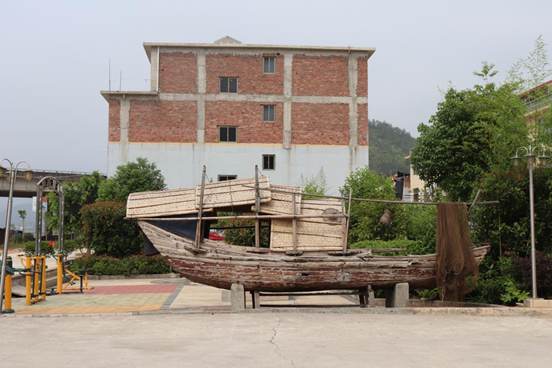 By Liu Lingling from People’s Daily

“In the past we lived on boats floating on the sea; now we live on land, working in peace and contentment.” The couplet hung above a square of Xipi village, Fu’an City of southeast China’s Fujian province is a showcase of the dramatic changes the locals have undergone over the past years.

For a long time, the villagers had been living on boats throughout their life, which is why they were called the “Gypsies on sea”.

Without fixed residence, it was common at that time for a family of three generations to live on a same shabby boat that frequently needed repairs.

For the village secretary Liu Mingfu who spent his entire childhood on the boat, the deck was both his home and workshop. It was a place where he did almost everything.

“We had eight family members on the boat, and it was always rocking on the waves, so it was a dream of us to have a good sleep on land,” Liu recalled. “Having no fixed place to live, no insurance for the elderly, no school for the young and no easy access to medical care was what we had experienced.”

It was not until the 1960s that Liu and his fellow villagers started to move onshore. Great efforts have been made by the provincial government to implement welfare projects and relocate the fishermen since late 1990s.

The government took strong measures in the process, including offering free land for relocation, opening roads, electricity, water, communication and radio and television signals, and providing subsidies for relocated villagers.

In a few years, 1,425 people from 349 households had been relocated. At the end of 2013, the fishermen finally bid farewell to their floating life after the relocation of the rest 137 households.

What followed the relocation was the urgent need to improve livelihood. To achieve that, Xipi Village forged a unique path of sea economy featuring aquaculture, seafood business and maritime transportation. In 2017, villagers’ per capita income reached 18,756 yuan ($2,936) from 850 yuan in the 1990s.

“Living in bigger houses with electronic appliances, we are contented with our life. The government organizes training on production techniques every year. We now live a totally different life,” villager Liu Deren said while showing the reporter around his house.