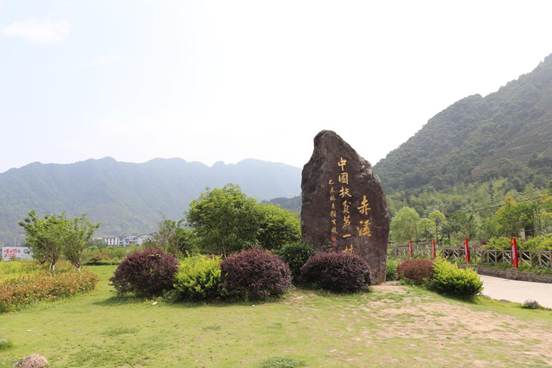 By Liu Lingling from People’s Daily

Tremendous changes have happened in Chixi village, southeastern China’s Fujian province after 30 years of poverty alleviation. Hailed as the “best village of poverty relief”, Chixi village has made an excellent path of gaining wealth while protecting ecology through tourism.

In 2017, the disposable income per capita of the village hit 16,641 yuan, 100 times of that in 1984; the per capita floor area rose to 38.5 square meters, nearly quintupling the 1984 figure. In addition, the number of impoverished households in the village has been reduced to 2 from 352 thirty four years ago.

“More than 3 decades ago, Chixi was a remote and impoverished village of the She ethnic group with a large proportion of seniors and juveniles in its population structure,” Du Jiazhu, the Party secretary of the village told People’s Daily.

He said general secretary Xi Jinping of the Communist Party of China (CPC) Central Committee has given important instructions on reducing poverty of the village through recent online chatting with the villagers.

After that, the village took tourism as its dominant industry and successfully increased income for the villagers. “We have achieved a giant leap from an impoverished village to a well-off one,” Du said.

Taking good use of local advantages, Chixi village has attracted capital to develop tourism centered with the southwest slope of Tailao Mountain, a major senic spot around the village. Many villagers have been lifted out of poverty because of this.

According to Du, now 210 villagers are employed by tourism companies and cooperatives, with a monthly income of more than 3,000 yuan, and around 40 people have lifted their annual income to over 60,000 yuan by working for landscape rennovation and bed & breakfast (b & b) projects.

The development of tourism also brings business opportunities for local villagers. In order to transfer these “opportunities” into tangible profits, the Party branch of the village has conducted regular traning for the villagers under the assistance of local organizations and schools. The traning includes skill courses on special breeding, tour guide services, cooking and e-commerce, as well as guidances on running agritainment facilities, b & b programs, and covinient stores.

As a national-level pilot village for tourism-assisted poverty alleviation, Chixi is dubbed as a “role model of agritourism” and “the most beautiful leisure village”.

Du noted that the village will give full play to its ecological advantages, further develop the culture of She ethnic group, and keep promoting agritourism through exhibitions and the internet.